The Daily Post, with guest host Frederic Biver, challenges you to create a dialogue between two static images, so that together their sums represent more than their parts.

I have to say, I think this is a great Weekly Challenge because it causes the user to think about his or her photos in a way they are not accustomed to. To me, doing something you are not used to or comfortable with is a challenge. Its a pretty broad or vague concept, “How can two pictures talk to each other?” I can’t say I truly understand it but I think an easy way to achieve that effect might be juxtaposition. Taking two contrasting images and placing them next to each other should inherently make them more interesting. The eye darting back and forth between the two images, connections being made, similarities being measured, wheels spinning and clicking as they try and figure out the secret between the two. Here are a few images I took at a newly favorite place of mine, Deer Lake in Conover WI. They’re not the exact match up I was hoping for, but I feel for dialogue purpose they will definitely talk to each other.

I feel like seasons is the obvious implementation of a dialogue, summer talks to winter and we look at the physical changes taking place. A dialogue can be more than that, two photographs that complete or compete with each other; similar subject material, similar compositions, similar themes! This is, I feel, more difficult to do and takes a leap of faith by the viewer to create that dialogue. These are a few images I love for the same reasons: they have strong light and lines. I wonder if, when placed besides on another, they will speak? 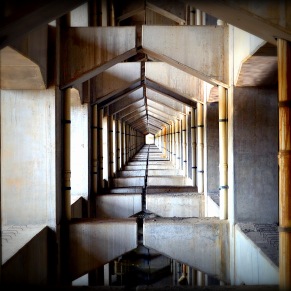 One last way that I was able to think of to create a dialogue was to have two images seem to finish each others sentences, as if they really were in a dialogue. I thought a way I might hope to accomplish this would be to have a lot of motion in the images by choosing very dynamic shots. Viewed separately one might not make a connect but hopefully the energy from both come together in new and interesting ways when placed side by side. 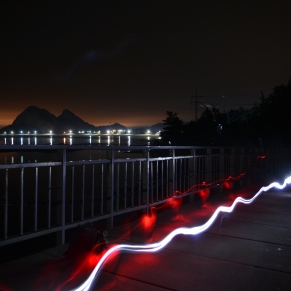